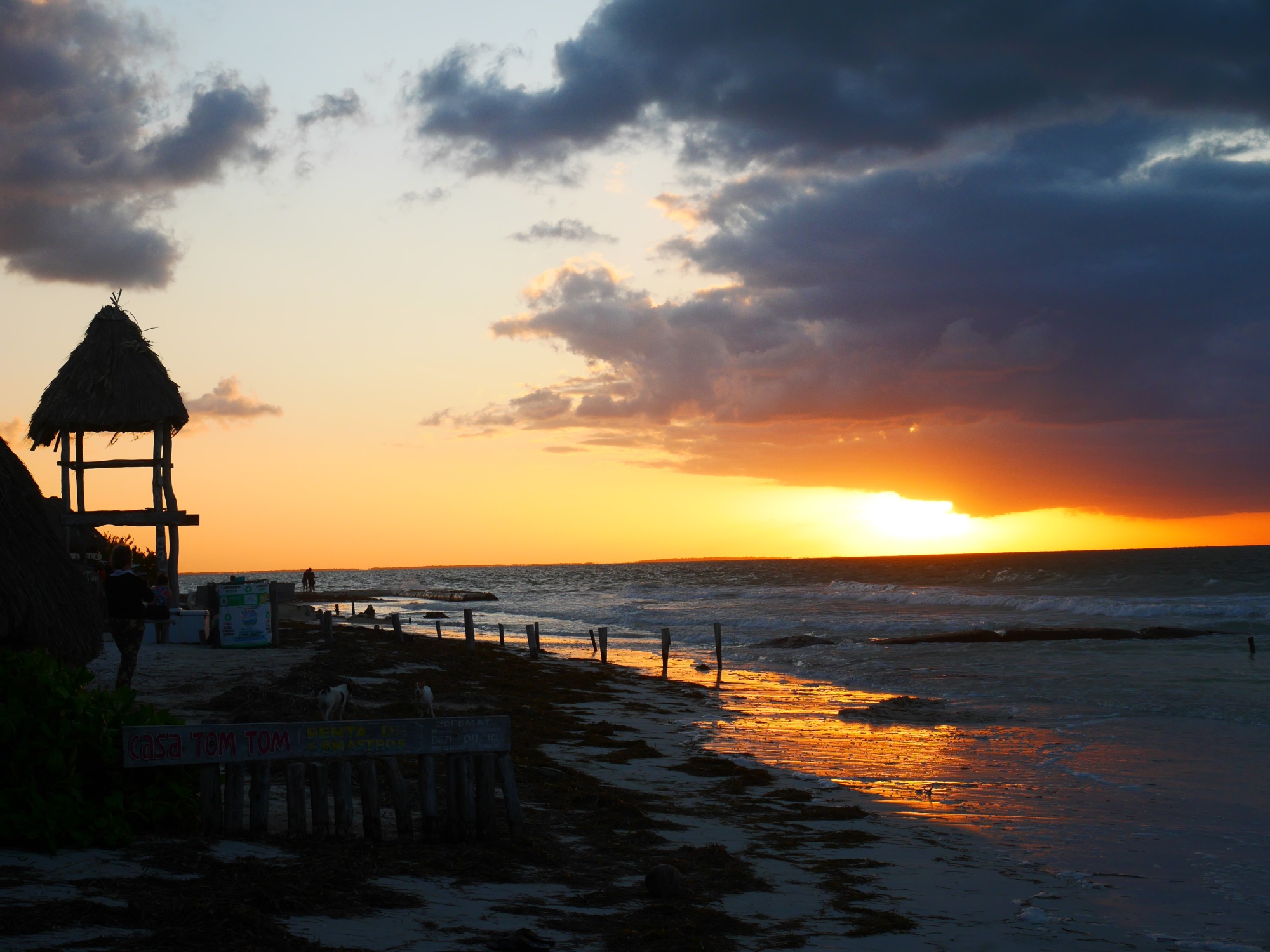 For the week prior to arriving in Valladolid, we had been humming and haa-ing about which island to visit; Holbox or Mujeres. We had some friends who went to Mujeres, and really enjoyed themselves, but we were also aware that Mujeres suffers the same-reputation as Cancun – it’s overrun by tourists. After much discussion and gauging opinions, we opted for Holbox. Getting there from Valladolid was a breeze – 2 hour bus ride (only one a day), followed by a quick 25 minute ferry. 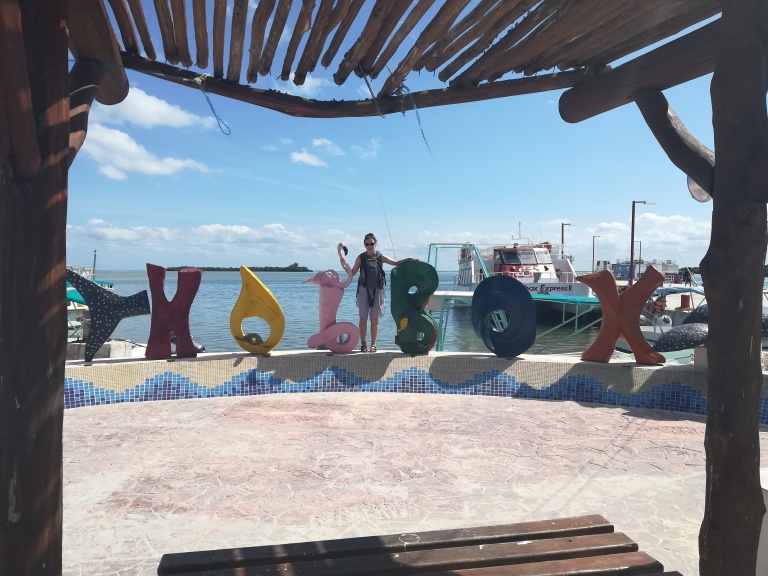 We had booked in at one of the local hostels, Tribu, based on reputation and location. A handy hint here, they only release a select number of rooms online, so if it says they are sold out, it is worth emailing them like we did. You should also be prepared for the fact that accommodation on the island is about double the price compared to the rest of Mexico – welcome to Quintana Roo!

Tribu is an excellent spot. You are one block from the beach, it’s kitchen is well equipped, and their private rooms are of hotel standard, so we didn’t mind the price so much once we saw our digs! They also have an on-site bar, daily yoga, an excellent kitchen facility and have bikes you can rent.

Holbox is described as the undeveloped paradise, due to it’s relatively remote location, and Lo-fi attitude. WiFi works at a snails pace in most locations, supermarkets and other stores have limited offerings, and the roads are just sand (without drains), meaning it is essentially always flooded around the time we visited (but still easily navigated!). 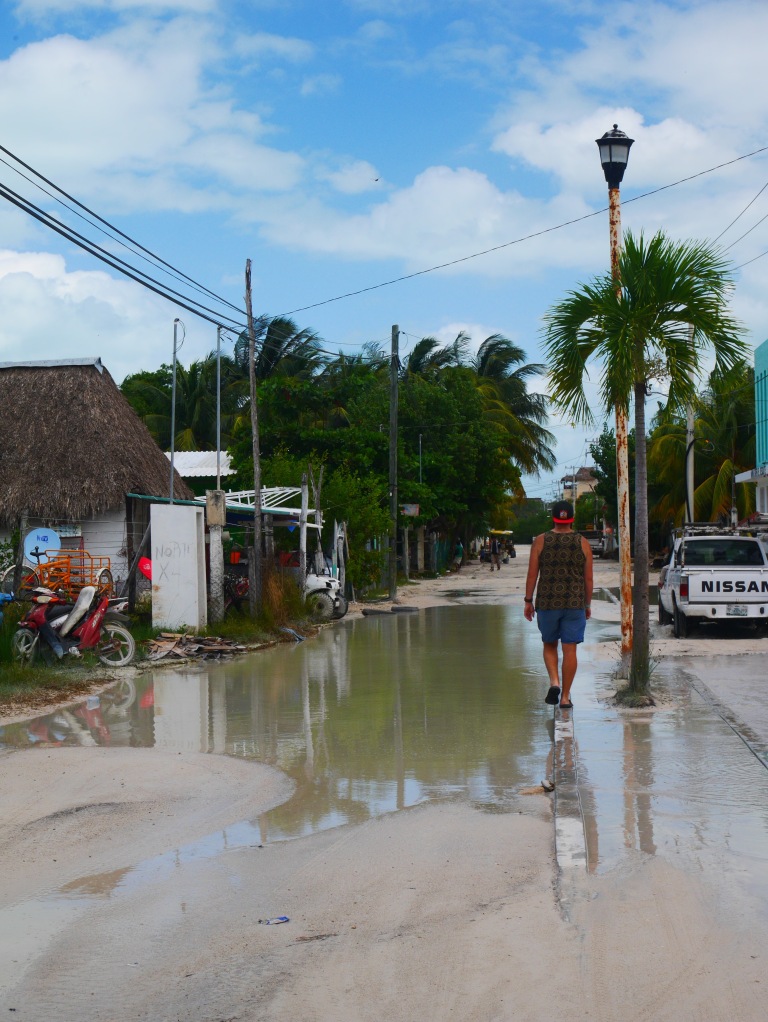 The beaches, while not of the postcard variety, have a nice rugged beauty which appealed to us as kiwis, and you didn’t have to buy a beer or be in a hotel to enjoy it (like some of the more developed areas in this region). 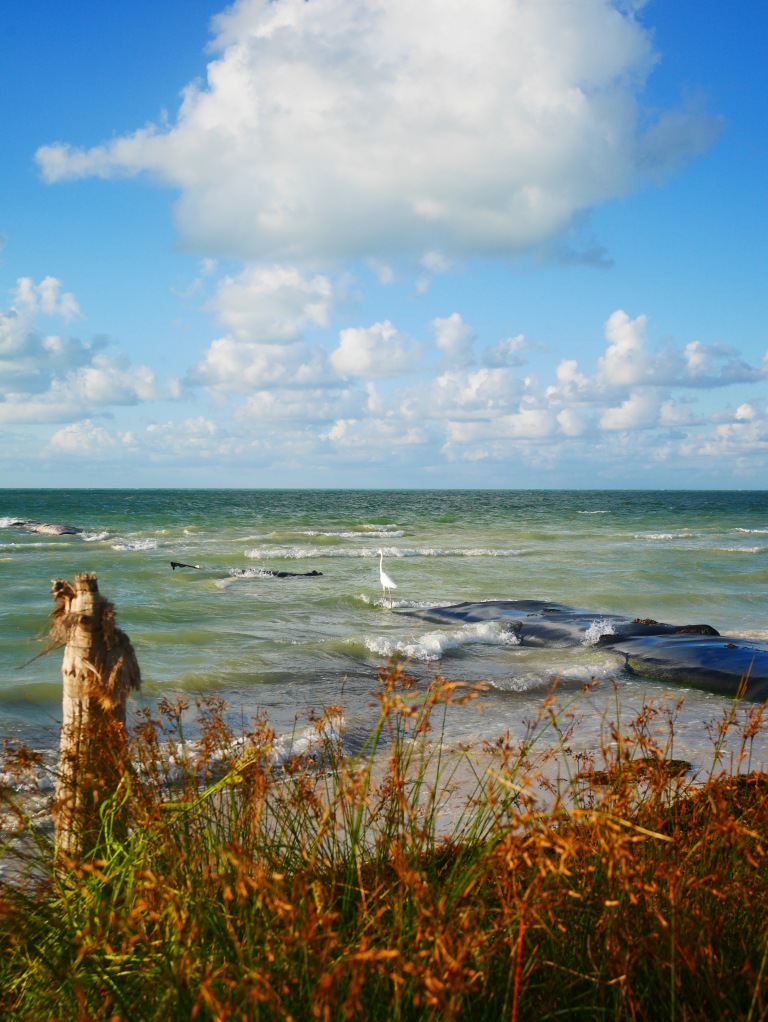 We essentially spent our time in Holbox on, well, island time. We went for walks around the island, sampled some of the local seafood (Las Panchas restaurant does amazing ceviche and fish dishes!), drinking beers, meeting other travellers and watching sunsets. There are some tours to do on the island, but outside of whale shark season (like we were), they are limited in their appeal. 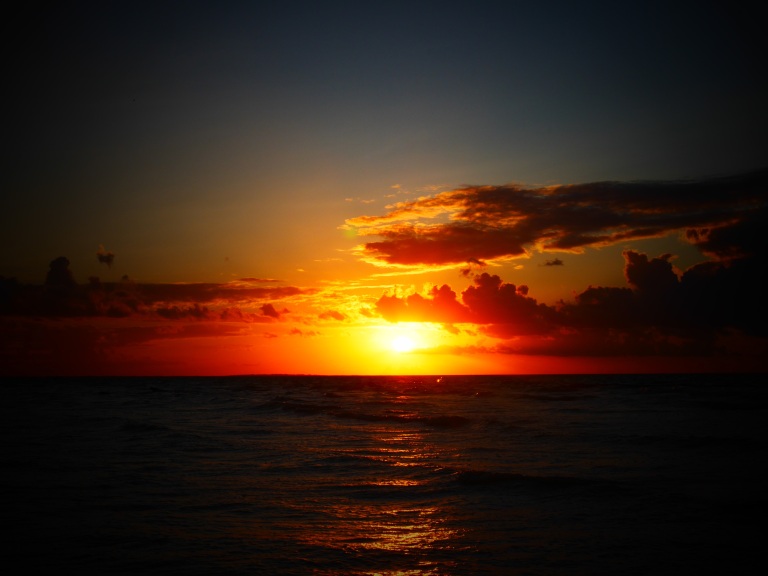 Jonny took it upon himself to join some German travellers we met to go out to Punta Mosquito, the point on the north of the island where it kinks and heads back south. This is a popular walk, due to there being a sandbar about 100m off shore, which goes no deeper than waist deep. 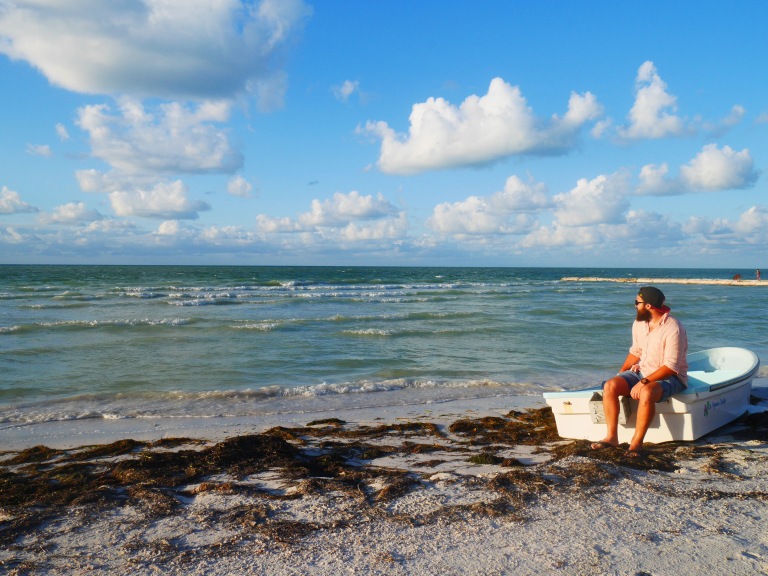 While it was a great walk, it is a 3-5 hour return trip (depending on time spent at the point when you get there), and can be a tough slog along the sandbar. You can opt to take the beach, but there is a river to cross, rumoured to have a few crocs. Anyway, it was an excellent day, and Jonny caught a good glimpse of pelicans and flamingos relaxing in the water. 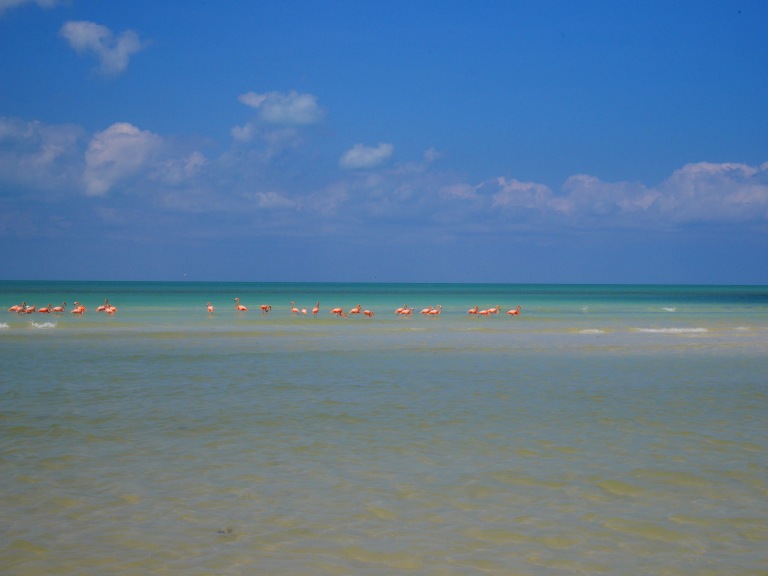 As mentioned, Tribu also offered yoga, which we both gave a go. Alex decided to take her yoga enthusiasm to the next level, and dabbled in some early morning acro-yoga, a combination of acrobatics and yoga. The photos speak for themselves, and it was really quite impressive to see Alex demonstrate a fairly athletic side to herself. 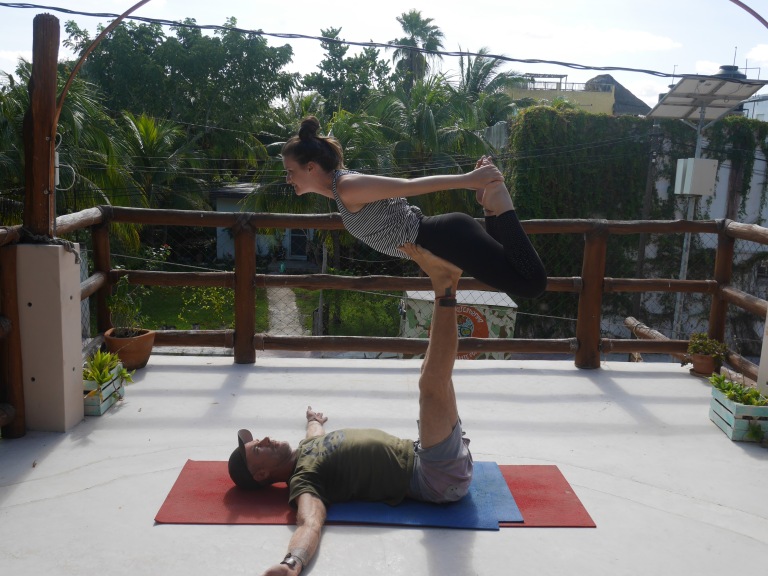 On our final day, we took a long wander around the streets of Holbox, just to see if we were missing anything. This was also fuelled by the fact that there are some really cool art murals about, so we set about trying to see the best ones. We cannot exactly recommend the art murals as a must-do, but it was nice to check out the whole island, and we capped it off at a rooftop bar which served some pretty delicious cocktails. 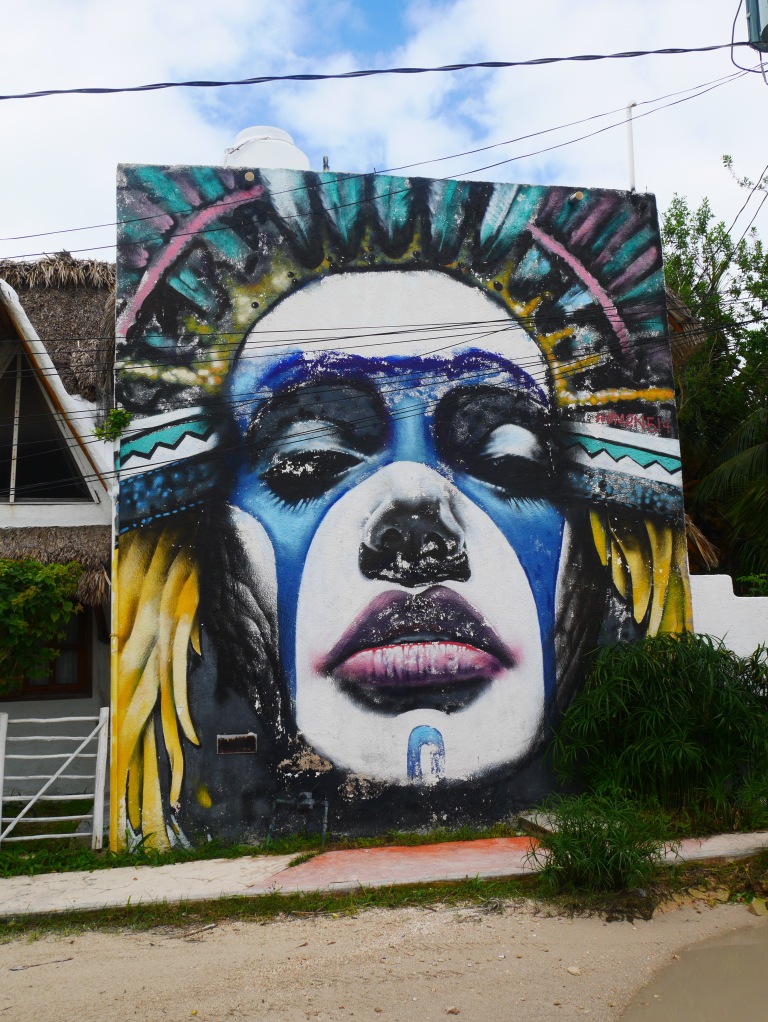 Holbox was a perfect break after another streak of on-the-go travel, and we were revitalised headed towards Cancun and Cuba! 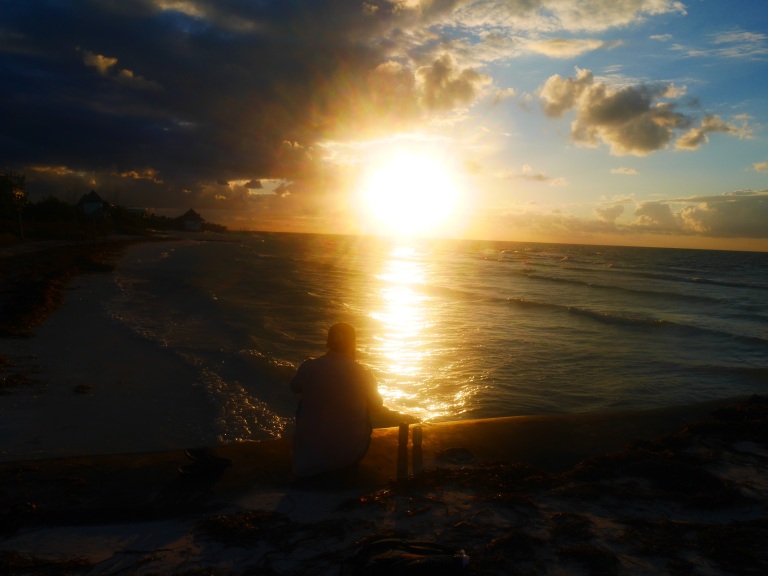 For the sake of comparability, we will state all our costs in USD. The costs below are an approximate total for two of us over six days:

We cooked for ourselves for most meals as the hostel had a good kitchen. Obviously being an island, the groceries were more expensive than what you pay on the mainland. The only really budget-destroyer was our accommodation, we forked out for a private room at a good hostel.